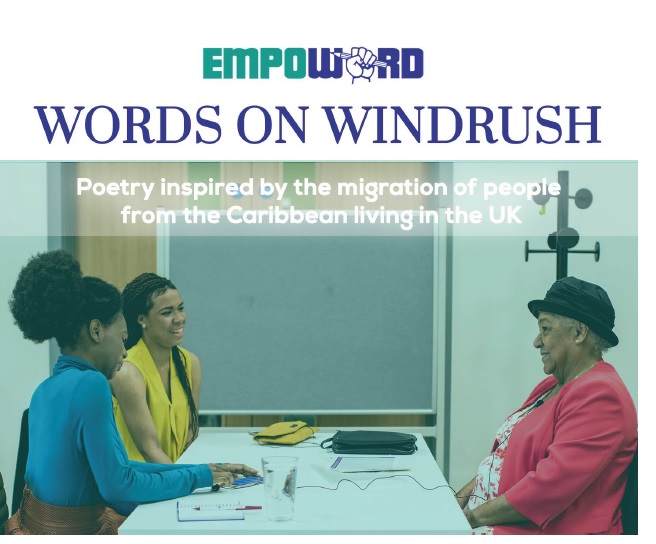 Inspired by the work of EMPOWORD participant, Theophina Gabriel, whose poem ‘For the Windrush Generation’, featured on the BBC. 12 participants will research stories of Slough’s Windrush generation and create a new performance at the Cricket Club, the heart of our Caribbean community.

HMT Empire Windrush, originally MV Monte Rosa, was a passenger liner and cruise ship. Best remembered for bringing one of the first large groups of post-war West Indian immigrants to the United Kingdom, The Windrush carried 1,027 passengers and two stowaways from Jamaica to London in 1948.

The Windrush generation refers to the immigrants who were invited to the UK between 1948 and 1971 from Caribbean countries. The immigrants came at the invitation of the British government, which was facing a labour shortage due to the destruction caused by World War II. However, the 1971 Immigration Act gave Commonwealth citizens who were already living in the UK indefinite leave to remain.