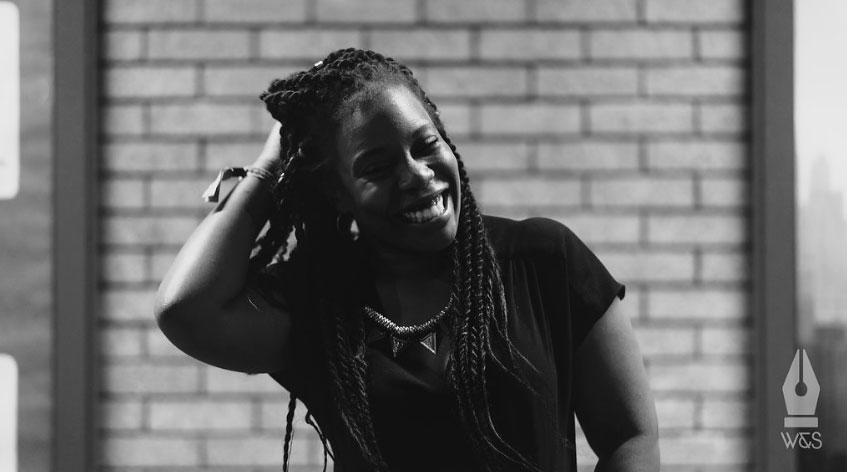 Desree is a spoken word artist, writer and facilitator based in both London and Slough.

Having graduated with a 2:1 BA (Hons) in Drama Studies from De Montfort University, Desree is no stranger to the stage. An advocate for community arts and youth projects, Desree began a night called #OMN in 2014 in her home town of Slough. It was started with the aim of giving individuals of all ages and skills, opportunities and essentially encouragement. It was at #OMN that Desree performed spoken word on stage for the first time.

In January 2018, Desree earned the honour of competing at the prestigious Hammer and Tongue national finals at the one and only Royal Albert Hall. Having missed out on first place with a 9.6 compared to the winner’s 9.7, Desree is proud to have represented women of colour as one of the only two in the competition, with her poems highlighting the #BlackLivesMatter movement and Black Girl Magic.

Desree has regularly appeared as a guest alongside Bridgitte Tetteh on BBC Radio Berkshire to discuss current affairs and had her work published in Spoken Word London Anti-Hate Anthology, Mindful Seasoning Magazine and broadcasted on the television channel London Live.

Desree has delivered a TEDx talk at Bath University titled Poetry and Self-Esteem; Finding Truth with Words, and is also, a spoken word educator and facilitator. She uses her art to engage with young people and adults in schools, youth groups, offices and organisations – anywhere with people who have a story.

Having been commissioned alongside two other spoken word artists, to develop and write a new show with Apples & Snakes, Desree, Laura Rae and The Slam Poet, will be touring the show CROWDED, across London as part of the SPINE Festival 2019.

Following a max-capacity launch night, Desree’s self-published collection, titled I Find My Strength In Simple Things, was released in 2017 and she has her sights set a second collection to be released in 2019 alongside a few music based projects.

“Desree unfurls the beautiful in the everyday, her work is essential and rethinks those niggling questions we all want to dig into but find it easier to ignore”.
Deborah “Debris” Stevenson
"Desree is a much-needed voice in poetry. The tenderness of her writing combined with the strength of her performance makes you want to go back and read her poems over and over again"
Harry Baker
“Smart, direct, and incisive, you will be elated by her skill with words and command of the stage.”
Hammer and Tongue
Facebook Twitter Instagram Globe